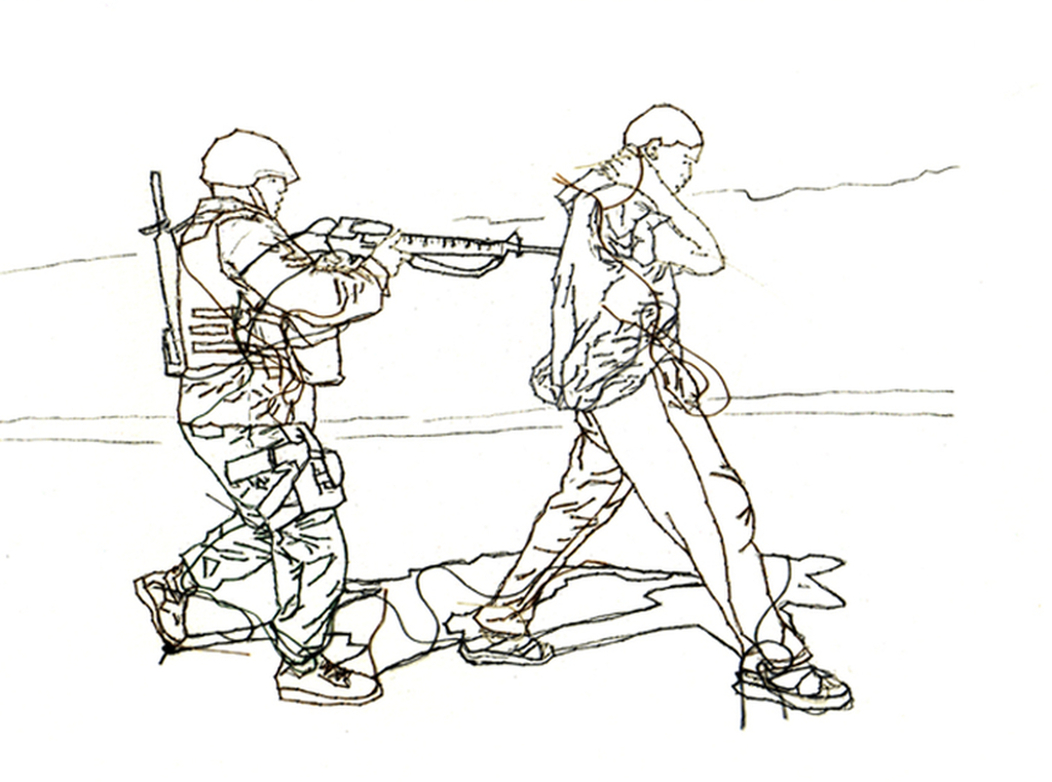 The video is based on the short story “The Secret Miracle” by Jorge Luis Borges.
The story happens in Prague, during the nazi occupation. Hladik is taken prisoner and will be shot in ten days. He asked God to give him one more year to finish his drama “The enemies”. When he was going to be killed, in the time between the order and its execution (the time that lasted a drop of rain to slip in his face) Hladik experienced a year in his mind and completed his drama.
In the story we witness Hladik’s mental process –the imagined death before the fixed day, the time experience during the days in prison, the need to accomplish his drama in order to justify his existence. The video relates the invisible labyrinth that Hladik thoroughly thought facing his death and destiny to the meticulous process of making the image.